Hyundai’s iLoad van has been with us for a long time and is now in its second generation.

It has been super popular and is considered to be ‘good property’ by those who know.

No doubt another generation won’t be far off but in the meantime, it pays to stay abreast of what’s the go in van-land if you’re an owner, operator or both.

There are plenty of choices from all points of the compass with recent introductions from China making an impact.

Nothing much to report here apart from a mild tweak back in 2015 that touched up the frontal look and changed the colour of some body hardware and possibly the wheels.

The Hyundai iLoad remains easy on the eye with a utilitarian and business-like look featuring a happy face and practical straight sides and back. No jarring notes at all. 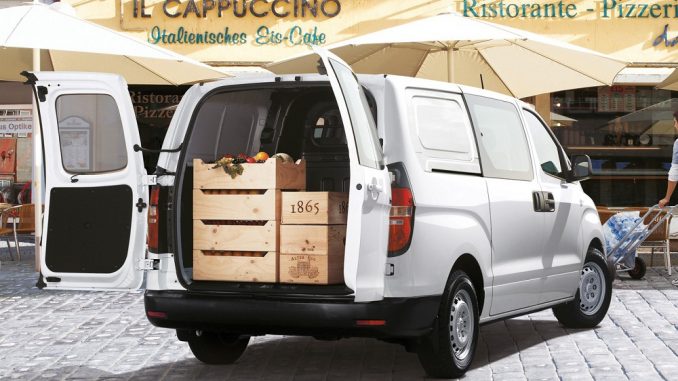 Inside got more of a revamp with generation two particularly the infotainment system with a seven inch screen but the wheel remains tilt adjust only.

Three woven cloth covered seats are provided with the middle unit folding to a centre armrest when needed. Adequate storage compartments dot the cabin including cup/bottle holders and document bins.

A cargo barrier is optional. Ten load hooks are provided in the two pallet, vinyl floored load area which is accessible through two side sliders and a choice of liftback or optional barn doors at the rear.

Total available area inside the load space is 4426 litres.

Because Hyundai iLoad is a commercial vehicle it needs to be practical above all else and it is not equipped nor expected to be equipped to passenger car standard.

However there’s plenty of kit to keep the driver comfy, connected and entertained during possible hours behind the wheel.

The Bluetooth hooks up readily and audio quality is pretty good. The standard aircon’ will cool the entire cabin and load space in a minute or two.

Keyless entry is handy while additional airbags from the revamp make iLoad safer.

Cruise control is handy for operators who go on the freeway and to optimise fuel consumption.

A trip computer provides half a dozen info’ read-outs to keep the driver in touch. But the best feature to come from Gen II is a reversing camera that makes operating iLoad safer and easier.Ten load hooks are provided in the back.

Something to keep in mind here and that’s the engine difference between the six speed manual iLoad and the 5-speed auto version.

The former uses a wastegate turbo diesel 2.5-litre four cylinder engine to drive the rear wheels while the latter uses a more powerful version of the same engine with a variable geometry turbocharger and it’s a substantial difference, 100kW/343Nm versus 125kW/441Nm in the auto.

We drove the auto and it’s the one you’d want to own – goes better, slick shifting transmission, car like feel.

Both have diesel particulate filters that need to light off regularly…. something else to keep in mind.

With drive going to the rear wheels, the engine is, as expected mounted fore/aft in the semi-bonneted engine bay.

Coming as something of a surprise is the manual’s 2.0 tonne towing capacity while the auto is 1.5 tonnes despite having more power and torque.

Gross Combined Mass (GCM = loaded and towing something) are 5160kg and 4660kg respectively.

We actually hooked up a 2100kg rig to the auto and it pulled it without any problems at all. 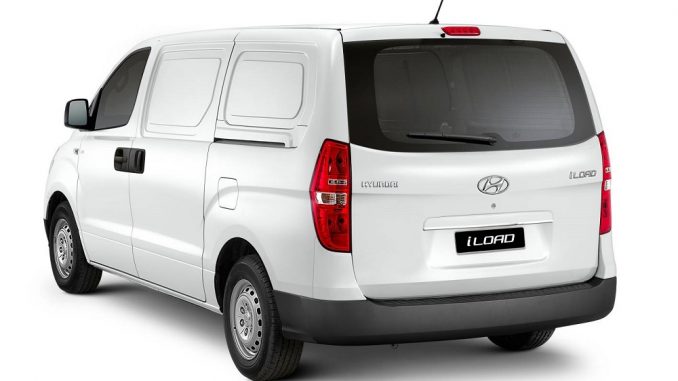 We like the iLoad a lot and we put it to work more than once. No wonder they’re popular. No goofy styling gaffs and diesel only engine range is the way to go, rear wheel drive, the engine the right way around under the bonnet, passes EU5 emissions regulations, worth good money on the rebound. Happy days.