The current series Nissan Navara (previously known as the NP300) has been a strong seller in Australia, however the vehicle has had a couple of issues that stopped it really taking on the likes of the enormously successful HiLux and Ranger.

I always felt the steering was fairly wooden and vague and the Navara was not exactly the best load-hauler around due to its rear coil spring suspension.

Sure, the coil spring suspension provided a comfy ride (albeit a bit skittish on the dirt), but for anyone keen on putting a decent load in the rear, or hooking up a caravan, the set-up was behind the leaf-spring set-up utilised by most of the competition. 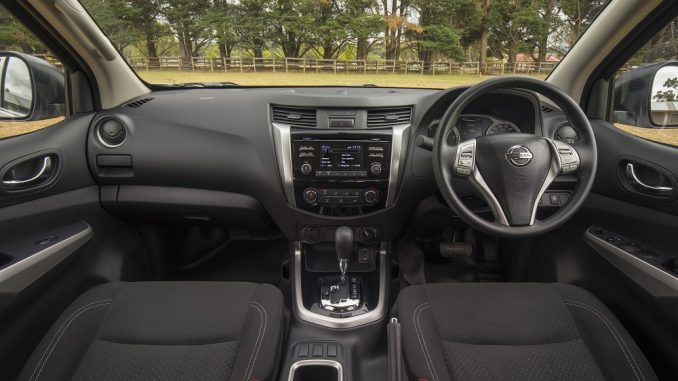 Now though the Nissan Navara is a much improved package.

We got along to the Australian launch of the updated 2018 Nissan Navara and I have to say I was very impressed with the changes that the Nissan engineers and designers have introduced.

I sampled the 2018 Navara with no load in the rear, as well as with a 650kg load over the back wheels, and then a camper trailer too and I really think the troubles of old have been put to bed.

The rejigged rear suspension comes about after extensive Australian testing and you can really feel that this time around there has been a focus on getting the right balance of comfort and usability in the Navara rear-end.

It now sits 40mm higher at the rear and the springs are now of the ‘double rate’ variety.

The new springs don’t allow the Navara tail-end to sag, yet the vehicles on-road manners, and just as importantly, its off-road ability, are also vastly improved.

Match that with much quicker and more direct steering and the 2018 Nissan Navara is right up there with the best of the bunch.

In fact, you could say the vehicle is now even better than the competition because it offers both the comfortable ‘SUV like’ ride in the cabin and genuine load carrying and towing capability.

For the record, this Australian-based tuned will be also wheeled out in other markets and that’s got to be a strong recommendation for the finished product.

Aside from the greatly improved driving characteristics there isn’t a lot of other changes for 2018.

The Nissan team decided not to make any external styling changes (a very unusual move), although you could argue that the current Navara is a still and fresh and good looking unit anyway.

Power still comes from a 2.3 litre turbo-diesel four-cylinder engine, lower-spec variants getting a single turbocharger and a 120kW/403Nm output, the twin-turbo in the upper models boasting 140kW/450Nm.

There’s a six-speed manual as standard, or a seven-speed auto as an option.

There was only one area where I thought the Navara disappointed a little and that was the A pillars besides the windscreen…they are huge!

Watch out for for pedestrians and cars that you might not see as you approach intersections.

On a much more positive note, the Navara cab is very quiet with barely any outside noise creeping in, the engine is exceptionally quiet too.

There are three power outlets inside the dual cab variant, everything is where it should be and works with ease.

Some of the cabin storage areas are a little on the small side, but the seats are comfortable and the feel throughout is again more SUV-like than ute.

The gauges are large and easy to read, the wing-mirrors are well-sized too, and and there’s a sizable driver info screen. 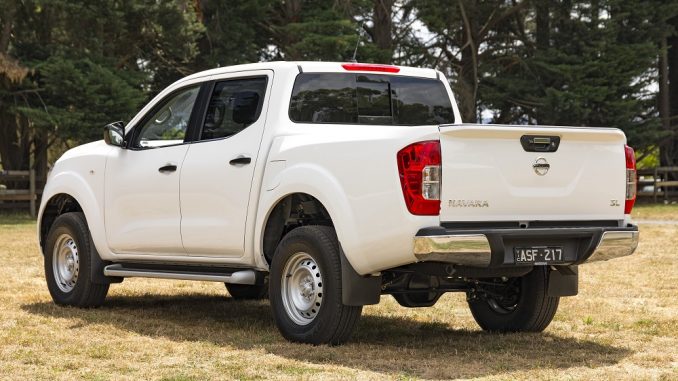 Overall I was very impressed with the new Nissan Navara. I’ve driven all the different utes over the years and I’m pleased to say that while the Navara was always a likable sort of thing these changes for 2018 really put it up there with the best.