The new-generation Volkswagen Crafter will be launched in July and Ute and Van Guide will bring you a first drive review from an event being held in New Zealand.

In the meantime, the new-gen model (seen below) is proving a popular offering in many markets already.

That number represents a healthy 16.2% increase on the same month last year.

Helping lead that strong increase in overall sales was a 35.4% increase in Crafter sales.

In total, 4,600 new Volkswagen Crafters were handed over to customers in April. 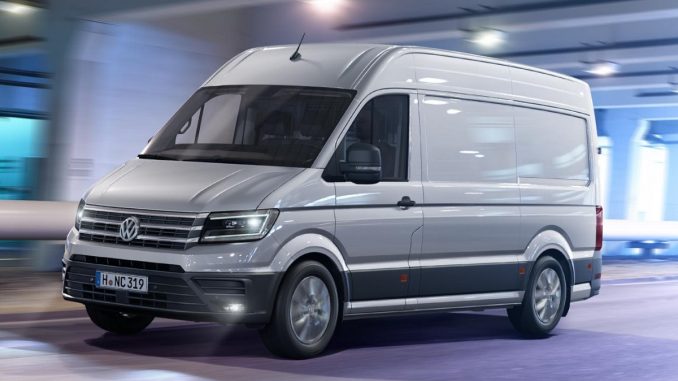 The good news for Volkswagen was that the T-model range also did extremely well in the month with a 29.8% lift in sales for a total 22,100 vehicles.

The Amarok enjoyed an 11.1% jump in sales with more than 6,100 Volkswagen pick-ups being handed over to global customers.

Stay up to date with the latest Volkswagen Commercial Vehicle News at uteandvanguide.com.au.