The Hyundai iLoad has recently been upgraded and the Hyundai commercial van looks set to enjoy at least a few more years of strong local sales.

The van though, even with the upgrade is starting to feel just a little bit old.

Sure, commercial vehicles, especially vans, have a long life-cycle and the iLoad was years ahead of a lot of the competition when it first hit the market, but it does feel more 2012 than 2018.

My week in the Hyundai van had me reminiscing over my time in the enjoyable, large family-focused version, the iMax, test driven back in very early 2014.

Yes, the front styling got tweaked as part of the 2018 Hyundai iLoad upgrade and the front of the van now looks a little more contemporary.

There were some minor changes at the rear too, including updated taillights, but you’d have to be a Hyundai iLoad expert to pick the difference.

Overall, Hyundai still has an attractive van here that has a nice square body shape for maximum load capacity. 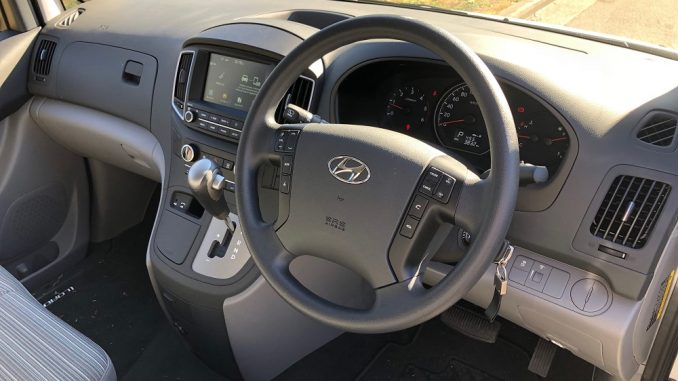 The iLoad cabin is not a bad place to be. There’s seating for three, though the centre seat has limited legroom due to the design of the dashboard.

There’s good-sized door storage pockets, a handy storage area on top of the dash, two glove boxes (neither of which is particularly large) and simple controls and gauges.

The stereo system, including sat-nav, Apple CarPlay/Android Auto, is easy enough to use and provides decent sound.

I like the positioning of the USB and AUX audio inputs and there’s a 12V outlet located nearby.

Cup holders come out of the dash, while another two spots are provided on the back side of the folding centre seat, along with a fairly deep and handy storage spot too.

Speaking of that centre seat, not surprisingly you get just a lap seatbelt here, while speaking of seatbelts, we had a bit of trouble getting the buckle out from down inside a recess in the seat – this could get a bit annoying.

As expected, road noise from the rear cargo area is noticeable, the iLoad certainly not as well insulated back there as the people-focused version (no surprise).

While watch out for a lack of forward 3/4 visibility due to the iLoad’s chunky and swooping A pillars.

Entry into the cab is good though with large enough steps and well-placed grab handles. 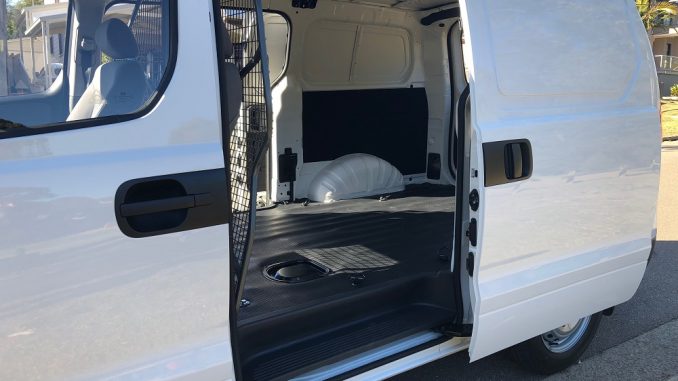 About 20 years ago car industry scientists cracked the elusive sliding door code and worked out a way of putting a sliding door on both sides of a van!

This means, unlike in early vans, that you can load and unload from either side of the van (and surely this must make building vans cheaper as it works with both left-hand drive and right-hand drive vehicles).

Some of the good bits in the cargo area of the Hyundai iLoad include the many tie-down hooks and the aforementioned square sides/roof design.

But there are a couple of things that I think could be improved back here.

Firstly, as I found out the hard way, the side steps aren’t very wide and not very grippy.

While unlike the cab, rear access is made more difficult by the lack of grab handles.

My test vehicle was fitted with the optional cargo barrier, a handy safety and convenience feature for sure, but it sits out into the cargo space narrowing your side access. 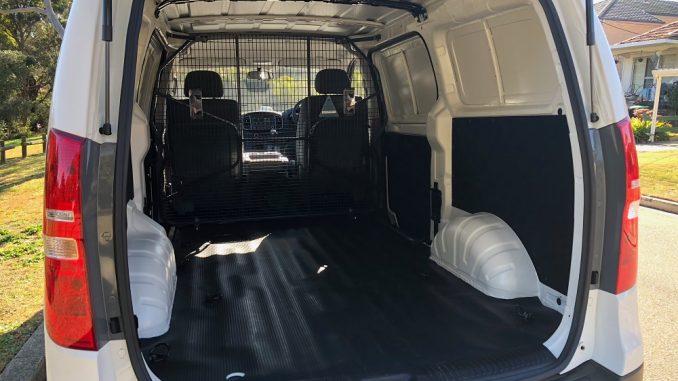 There’s a choice of six-speed manual or five-speed auto, my test vehicle having the latter.

I thought the van got along really well, and with 441Nm on tap it shouldn’t have any issues hauling a decent load.

Expect to use about 8L/100km around town – excellent fuel consumption.

While I thought the Hyundai iLoad rode along quite nicely and had a better than expected turning circle.

You do get four air bags though, as well as stability control, and a reverse camera. 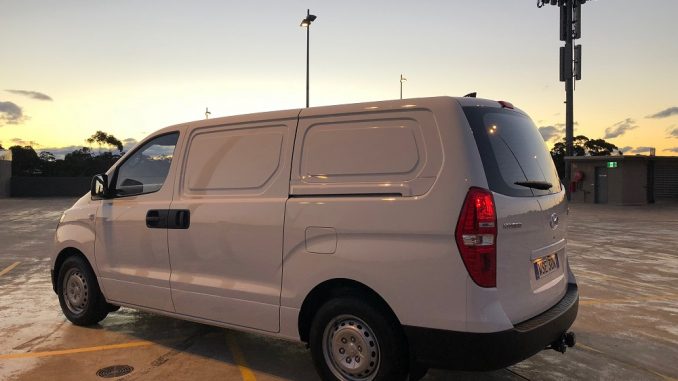 Certainly not the freshest thing on the shelf, the Hyundai iLoad remains a likable vehicle that is quite easy to live with and drive.

It’s lacking in a few areas, but makes up for some of the lesser qualities with good on-road manners, decent features and an impressive engine/auto transmission combination.

With good fuel economy and five-year warranty, Hyundai’s iLoad is sure to continue on its merry way in the Australian van sales race.